In this week’s Lusting for Covers I have 3 covers for you that I’ve been eyeing all week. And no, they don’t have scantily-clad men in kilts. But now that I’m writing this, I think I’m regretting it! Oh well, there is always next week.

All of these titles have been released within the last 30 days.

The Hollow of Fear (The Lady Sherlock Series) by Sherry Thomas 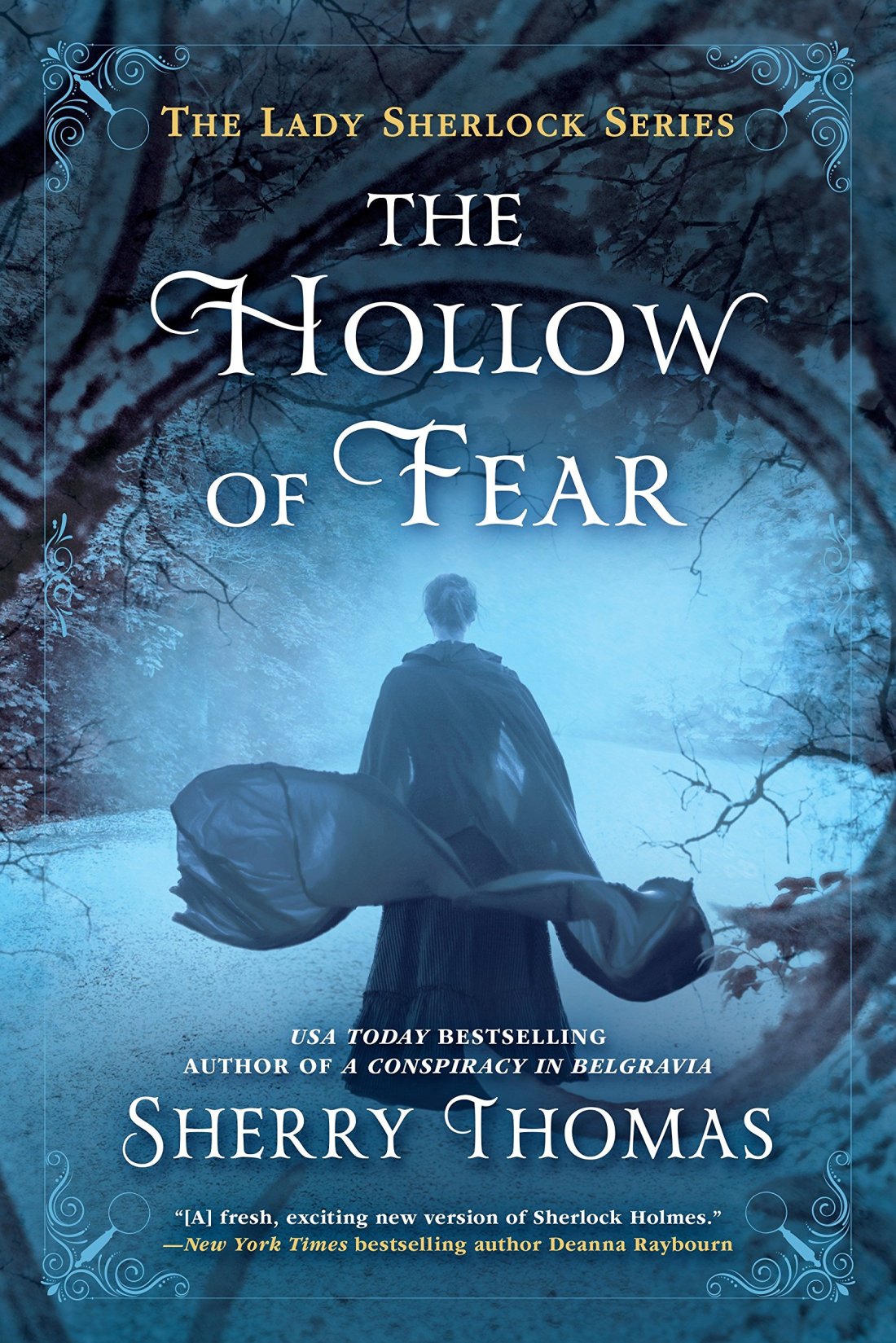 Charlotte Holmes, Lady Sherlock, returns in the Victorian-set mystery series from the USA Today bestselling author of A Conspiracy in Belgravia and A Study in Scarlet Women, an NPR Best Book of 2016.

Under the cover of “Sherlock Holmes, consulting detective,” Charlotte Holmes puts her extraordinary powers of deduction to good use. Aided by the capable Mrs. Watson, Charlotte draws those in need to her and makes it her business to know what other people don’t.

Moriarty’s shadow looms large. First, Charlotte’s half brother disappears. Then, Lady Ingram, the estranged wife of Charlotte’s close friend Lord Ingram, turns up dead on his estate. And all signs point to Lord Ingram as the murderer.

With Scotland Yard closing in, Charlotte goes under disguise to seek out the truth. But uncovering the truth could mean getting too close to Lord Ingram–and a number of malevolent forces…

Why do I lust for this cover? It’s beautiful, mysterious, and a bit eerie.

Once a Scoundrel (Rogues Redeemed) by Mary Jo Putney

The son of a proud naval dynasty, Gabriel Hawkins was born to command the sea, until he leaves the Royal Navy in disgrace and is disowned by his family. As captain of his own ship, he’s earned his living in ways both legal and illegal, and his experience makes him the best choice to ransom an aristocratic beauty captured by Barbary pirates.

Having avoided the traps of convention and marriage, Lady Aurora Lawrence is horrified by the prospect of spending her life as a harem slave. Her only hope of escape is a quiet, steely captain who has a history with her captor—and who will do anything to free Rory. Together they undertake a dangerous mission through troubled waters—and encounter another kind of danger as attraction burns hot within the close confines of his ship. But even if they endure the perils of the sea and enemy lands, can their love survive a return to England, where the distance between a disgraced captain and an earl’s daughter is wider than the ocean?

Why am I lusting for this cover? She reminds me of a lady pirate which is intriguing since I alway love a tale on the seas. I also just love her dress and that she’s just standing on the edge of the ship. 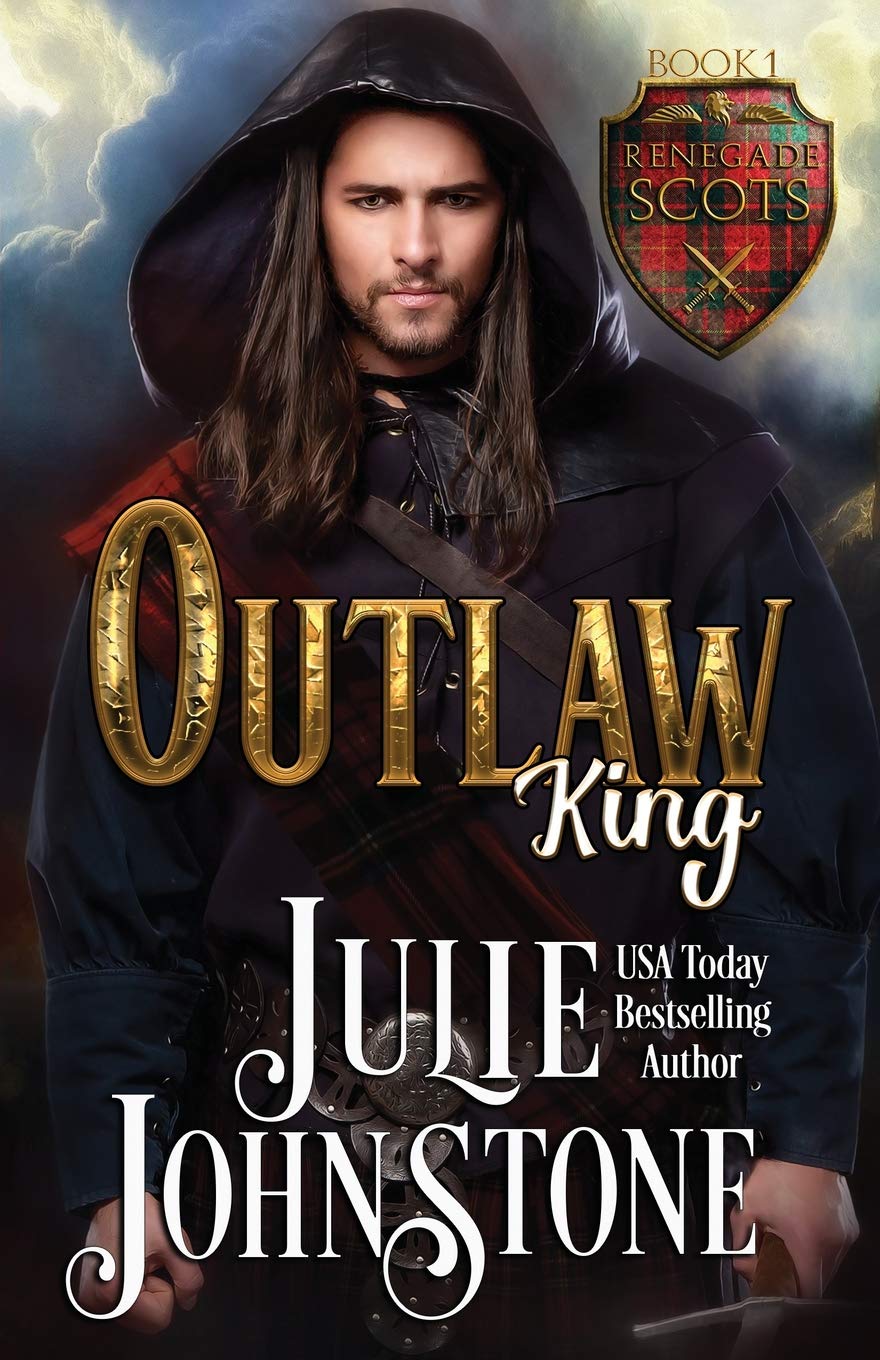 A deadly game of war entangles them. Deception endangers them. Only the impossible love found in each other’s arms can save them.

Fierce Scottish warrior Robert the Bruce would do anything to release his country from English rule—and claim his rightful throne. As enemies on both sides surround him, Robert must dance a dangerous line between truth and duplicity. One misstep could topple his nation and cost him his life, yet one irresistible woman tempts him—and threatens his mission—as no other ever has.

Bold beautiful Elizabeth de Burgh longs for freedom. So when she finds herself ordered by the King of England to seduce the leader of the Scottish rebellion and reveal his secrets, she yearns to fight back against their cruel plot. Except they’ve threatened to kill her beloved cousin, leaving her no choice but to comply. As she grows closer to the handsome noble Robert and the mask that hides the man who would be king is peeled away, she cannot imagine aiding in his destruction.

Bound by duty and honor but ensnared by uncontainable passion, Robert and Elizabeth must determine if they are each other’s biggest threat or greatest source of strength and how much they are willing to sacrifice for the one thing neither ever imagine they’d find – extraordinary love.

Why am I lusting for this cover? Ok fine, apparently I can’t make it through one post without a sexy, mysterious highlander.

What covers are you lusting for this week?

Lusting for Covers is a weekly meme, held on Sunday, that allows bloggers to share their current cover obsession with fellow book lovers. This meme is hosted by TBQ.

Would you like to participate? Then visit this page on TBQ for instructions.

Also, if you wish to post your links or talk about L4C on Twitter, please use the tag #LustingForCovers so that we can easily find all tweets about it. 🙂